This was another route on which we had turned back previously. Last May with an early snowfall we had retreated back to the Hawdon Valley after freezing our feet off in the Discovery Stream. This time we had much better weather and lower water levels. 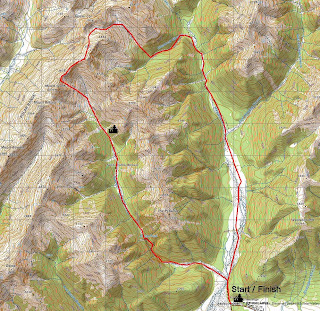 We camped at the Hawdon Shelter with the aim being to get an early start on the Saturday morning. However we just ended up sleeping in, so it wouldn't have made much difference time wise whether we had come up on the Saturday from Christchurch. It was of course much more relaxing camping at the start of the tramp though. 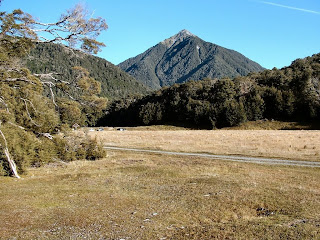 We reached the Discovery and Hawdon Stream Confluence in around two hours after a pleasant walk up the Hawdon Valley and stopped for a first lunch on the banks of Discovery Stream, relating in the sun. 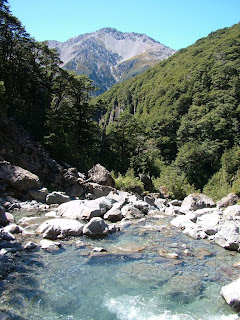 Discovery stream is very open near the confluence with the Hawdon, but then a short gorge like section must be negotiated. This was great fun with the low water levels and we managed to scramble up to the next stream junction without getting very wet at all, the clean and dry boulders providing great grip. When we were here last May we had been forced in to the bush on a couple of occasions to avoid obstacles in the stream. No need for that today. 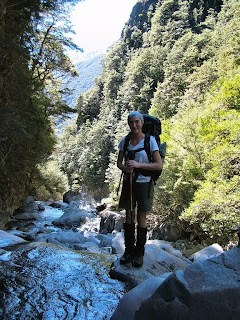 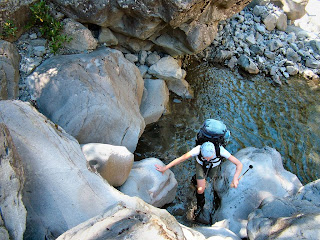 One of the great things about this route is that it passes through so many different types of scenery. After finishing the stream section, there was then a short and OK bush bash to gain the upper basin. The bush spur climbs around a short but spectacular waterfall to suddenly emerge in a barren rock field at the start of the basin. The stream completely disappears underground at this point.

From here it looked like there was a choice of routes to gain the main Mt Scott - Amber Col ridge. The grassy slope looked very possible, but there was an oh so nice stream running up a gully next to it which looked very feasible and much nicer than the grassy slope. The gully was enticing, so we took that route. Yes it looked very steep on the map at the top but still OK. 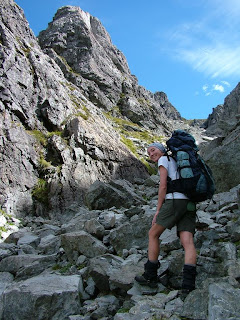 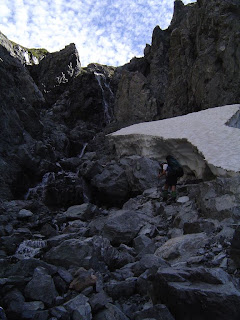 And it was very nice. Right until the last 20 metres. The stream became a waterfall above the last remnants of snow which wasn't a problem in itself as you could turn it on the left, but the rock had become dank and slippery. A few awkward slippery moves above a steep drop showed that this wasn't a great route choice. A pity - if the rock had been dry it would have been very doable.

So back down we went, - and then back up the grass to the side of the gully. This still had a slightly stomach churning moment, sidling above the top of the waterfall, when a sloping scree / rock field that ended abruptly on the waterfall cliffs still had to be crossed.

The hanging basin above the falls was a fantastic place, carpeted in soft grass and would have made an ideal campsite. We were very tempted. However at around 5:00pm it was a great time to be on the tops, completely clear and with a beautiful late afternoon light. So we continued around the ridge towards Mount Scott. There are great views from here, across the Edwards Valley, to Falling Mountain and down in to Sudden Valley, already masked in shadows. 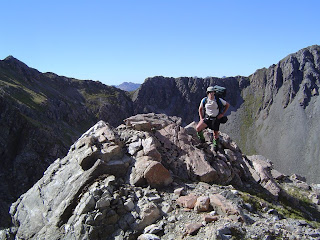 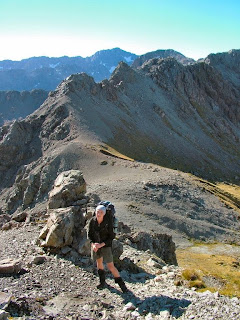 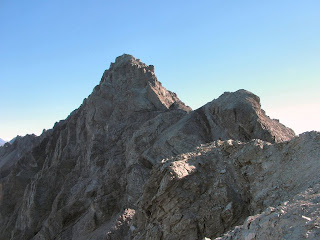 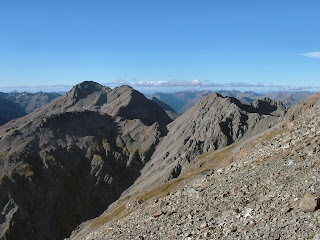 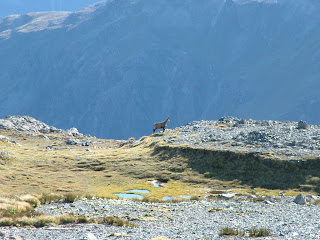 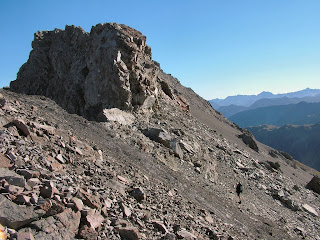 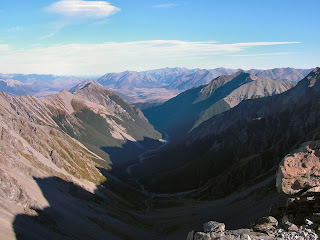 The descent to Sudden Valley is on mainly good scree and as a consequence, is fast, great fun and easy. Going in the other direction would be a bit of a grind. We decided to camp near the bushline, rather than carry on down to the biv and found a flat spot just away from the river. 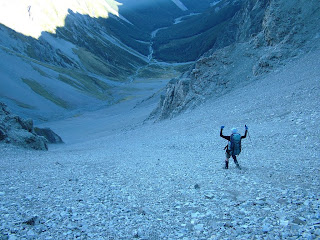 High cloud arrived overnight, making the Sunday a grey day. We carried on down Sudden valley, past the biv. The track at the end of the flats has been recently recut and marked and is in good condition. It sidles above the Barrier Falls before descending directly back to the river. From here an interesting gorge section soon opens out on to the lower flats. It was then an easy walk back to the start and the Hawdon Shelter. 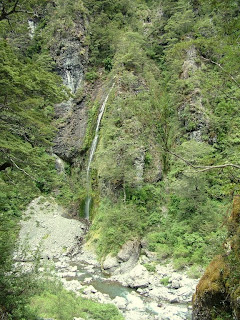 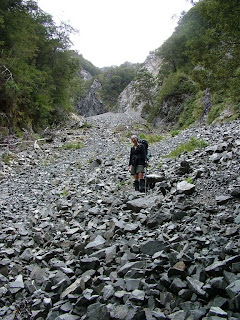